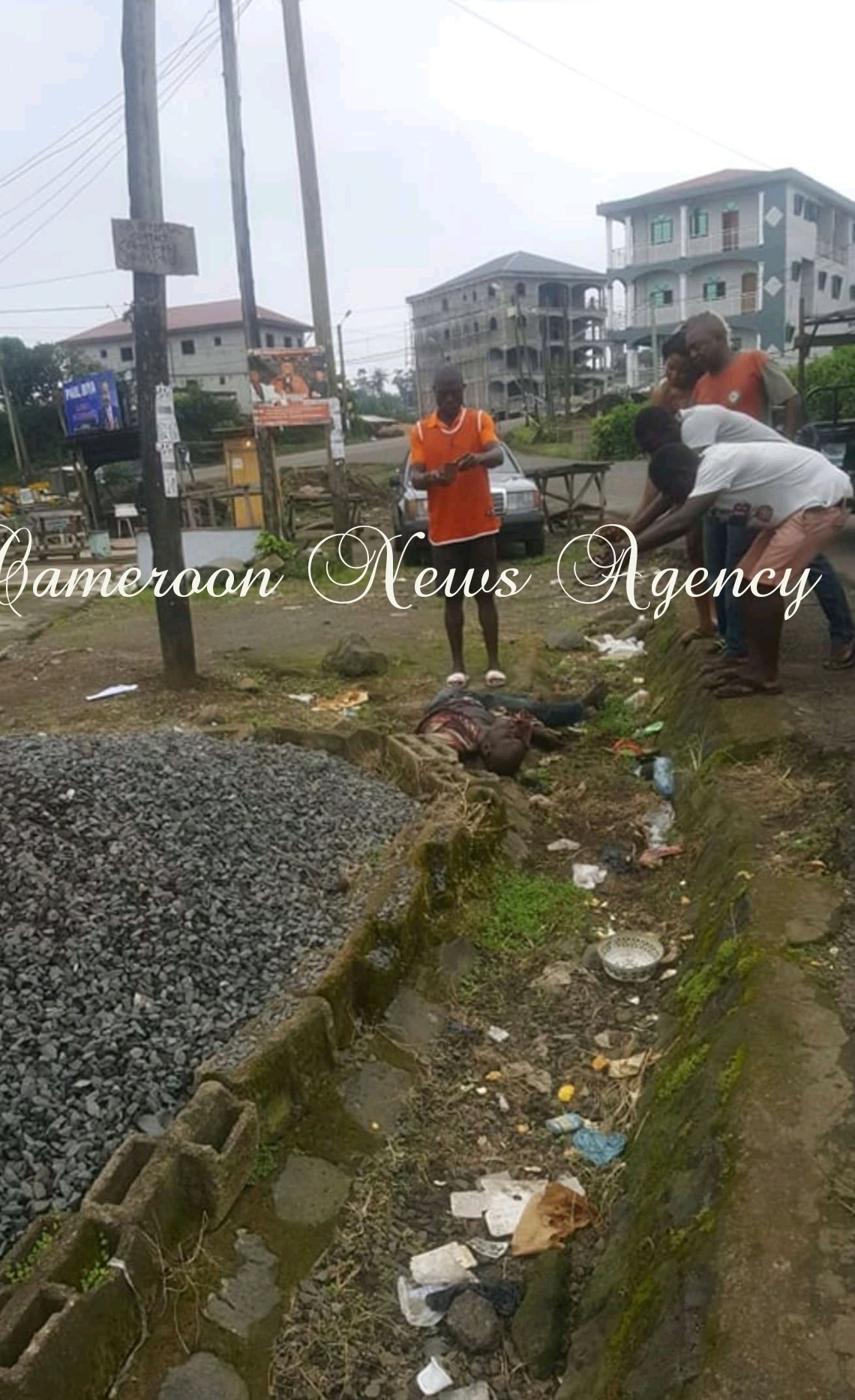 One of the victims lying dead

A witness narrates, ” I saw the military passed, because I was carrying water down stairs and then they shot about four times. I thought they were shooting in the air, then I heard people crying and went out and saw two corpses. They are just boys from the quarter”.

CNA correspondent in Buea has said one of the boys is a taxi driver while the other is a trader and former driver at Musango Bus Service.

The reasons for the military action on the unarmed civilians are not known. 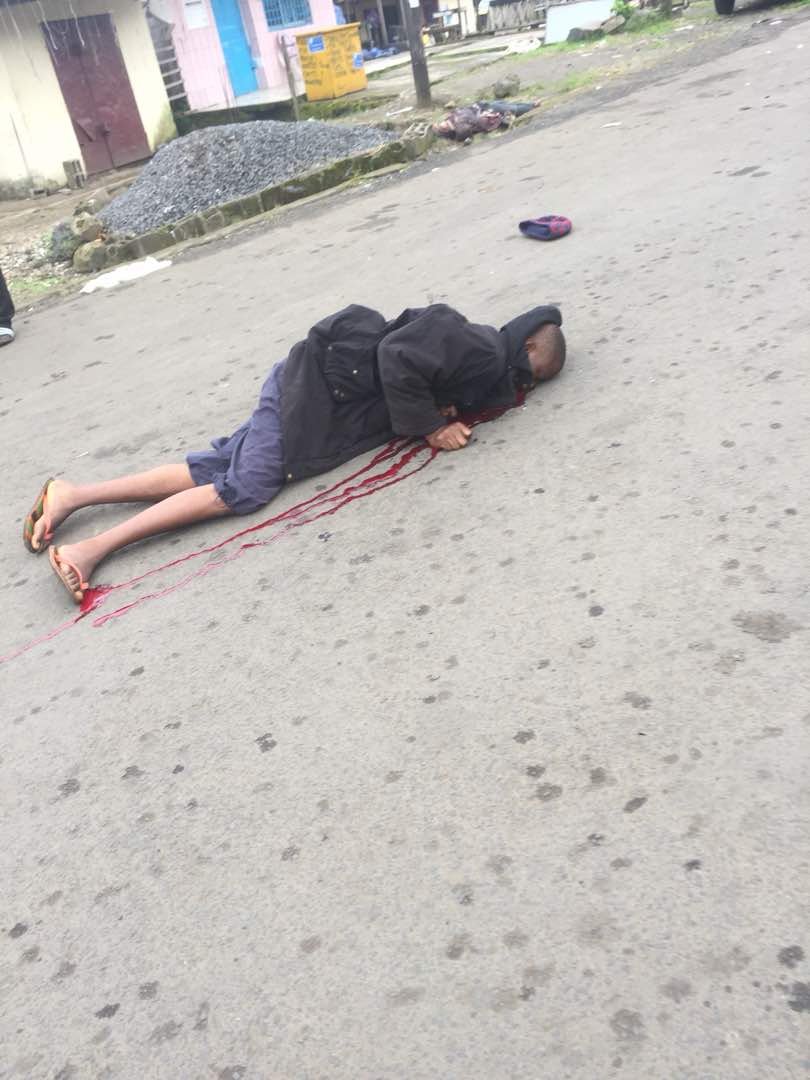 There is no sign of a fighter in him

Every Monday is ghost town in Buea, the shots only attracted a few bystanders who came to take pictures of the incident.

The deceased victims have been identified as Emmanuel Fotong and Emmanuel Ndam.