Douala,Cameroon-Thursday March 5, 2018-9:00 PM Local Time( Cameroon News Agency) The Pan African bank, UBA, operating in 20 African countries has reorganized its structure to better serve its customers in the different geographies. The executive management have decided to split up the countries outside Nigeria into 4 regions with Regional CEO s heading each region.

The regions and the countries are as follows:

Martin Che has been appointed as Regional CEO of the Region. He will oversee the business in Gabon, Cameroon, Tchad and Congo Brazzaville.

He holds a B.sc. (Hons) in Management Studies (Banking and Finance) from the University of Buea in Cameroon where he graduated in 2000.

After one year of intense training at the African Development Bank in Ivory Coast he joined CITIBANK Cameroon in 2002 as a TRADER.

He has a broad and rich experience in Banking and in Treasury matters in particular having worked for strong Institutions like CITIBANK and ECOBANK. 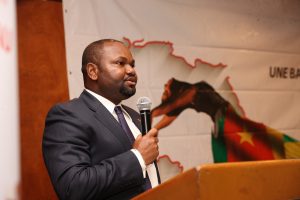 Dominique has attended various empowering training which have equipped him with a wide range of skills including Relationship Selling, International Trade, Credit, Operations and Treasury as well as Leadership.

He joined UBA Cameroon in 2008 as Head Treasury being now among the pioneer staff of the Institution. His role extended to overseeing the Central Africa Regional as Regional Treasurer till his appointment as DMD, Executive Director, Business Development.

WHO Donates  150 Wheelchairs To Improve Paediatric Health In Cameroon