LIMBE, Cameroon-Saturday April 7, 2018-8:30 PM Local Time (Cameroon News Agency) The Government Delegate to the Limbe City Council, Andrew Motanga Monjimba has praised the steadfastness of the people of Limbe for upholding peace, stability and spirit of togetherness at a time when the two English speaking regions are witnessing escalation of violence. The City Council boss said, it is this love and unity that has breastfed the Limbe Festival of Arts and Culture to maturity.

Andrew Motanga Monjimba was speaking Saturday April 7, 2018 in Limbe , chief town of Fako division in the South West region, during the official launching ceremony of the 5th edition of the festival which is gradually becoming a reference activity in the Arts and Culture sector in Cameroon and Central Africa.

The Government Delegate applauded the maturity of Limbe dwellers that have refused to listen to ‘merchants of illusion’, by denying disunity and embracing it’s opposite. 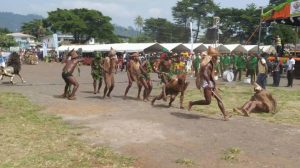 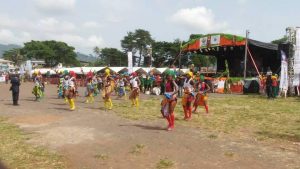 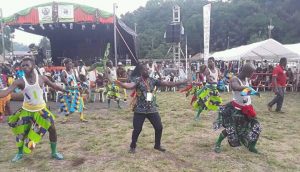 Celebrating cultural diversity and integration according to him, has made Limbe, the town of Friendship, a citadel of Multiculturalism.

He therefore urged the people to be tolerant, accept diversity and differences in culture.

But Mr Andrew Motanga Monjimba said the efforts of Limbe population to promote multiculturalism have to be backed by government, by inserting FESTAC in government budget.

The 7 days event also coincides with the celebration of 160th anniversary of the discovery of Limbe formerly called Victoria. The Government Delegate used the occasion to thank all who have contributed positively to the growth of Limbe insisting that it is the economic hub of the region and the country in general with the presence of two gigantic companies (SONARA and CDC), striking touristic sites, ultra modern sports infrastructures, beautiful road networks and flourishing natural environments making it a place to visit.

Preceding the Government Delegate, the Minister of Arts and Culture Narcisse Mouelle Kombi said the government in its cultural inclusion has a place for events like the Limbe FESTAC and will do it’s best to see it grow.

He noted that the financial, mental, material and intellectual contribution to the success of the festival has led to peace, security and stability of the OPEC City of Limbe.

He called on companies in Cameroon to get interested in FESTAC activities and book a place to expose their knowhow.

Earlier before the official launching ceremony, a sport walk involving all stakeholders took place Saturday morning , after Miss FESTAC 2018 had been fished out.

A carnival which started from Mile 1 took the relay with four major groups parading on streets of Limbe representing the four cardinal cultures of the country. This was followed by acrobatic displays and a showcase of cultural riches of the ten regions. 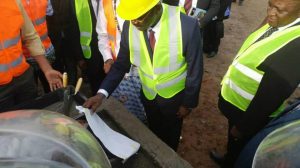 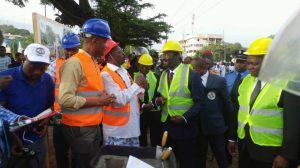 The Minister of Arts and Culture, Narcisee Mouelle Kombi accompanied by members of his delegation and the Government Delegate to the Limbe City Council, laid the foundation stone for the construction of the Monument of Victoria’s 160th anniversary.