The international human rights body, Human Rights Watch, HRW, has said, two months is enough time for government to make public results of findings into killings of over 20 villagers including children and pregnant women in Ngarbuh, a village found in Ndu subdivision, northwest region on valentines day, 2020. A commission of inquiry was created by President Paul Biya and given 8 days to present findings. It has been over two months, the Presidency has maintained a suspicious silence. The HRW had said soldiers accompanied by state sponsored militias, carried out the attack.

(Nairobi) – Cameroon’s government should publish the findings of an investigation into the massacre of 21 civilians, including 13 children and a pregnant woman, on February 14, 2020, Human Rights Watch said today.

“It has been two months since the Ngarbuh massacre, which stands as a prime example of the impunity for the Cameroonian security forces,” said Lewis Mudge Central Africa director at Human Rights Watch. “Cameroon’s government should immediately make the findings of its investigation public and ensure that those responsible are brought to justice.”

In a report issued on February 25, Human Rights Watch detailed how Cameroonian military and armed ethnic Fulani deliberately killed 21 civilians in Ngarbuh. Human Rights Watch research points to the attack being a reprisal against villagers accused of supporting and harboring armed separatists.

On March 1, following international pressure, President Paul Biya agreed to establish a commission of inquiry. However, the authorities have not made any public statement concerning the composition of the commission, its work, or its findings.

In a March 25 news release, the National Commission on Human Rights and Freedom revealed that its chairperson, Dr. Chemuta Divine Banda, was appointed to the commission of inquiry and that the investigation was led by the minister delegate of the presidency in charge of defense. Before the March 25 press release, the composition of the investigation team into the killings in Ngarbuh was not public. The human rights commission members expressed their hope that the findings would be made public.

While the participation of the head of the National Human Rights Commission is an encouraging sign, the appointment of the defense minister to lead the inquiry raises concerns about its independence, Human Rights Watch said.

The killings in Ngarbuh were widely condemned, including by the United Nations Secretary General, the UN High Commissioner for Human Rights, the European Union, the United States, the United Kingdom, France, Canada, and the Nobel Women’s Initiative. On February 22, referring to the killings, French President Emmanuel Macron promised to exert “maximum pressure” on Biya to end “Cameroon’s intolerable human rights violations.”

The Human Rights Watch findings on Ngarbuh were corroborated by investigative journalists from the New York Times. The New Humanitarian, Cameroonian Civil Society Organizations, and the Catholic Church also issued reports accusing the army of responsibility for the massacre.

Despite the widespread condemnation of the crimes in Ngarbuh, the government has remained largely silent and instead engaged in a smear campaign against national and international organizations. In a March 9 statement, the territorial administration minister, Paul Atanga Nji, accused media, nongovernmental groups including Human Rights Watch and Amnesty International, and UN agencies of – among other things – fueling terrorism, destabilizing Cameroon, and producing fake reports to tarnish the image of Cameroon’s security forces.

The attack in Ngarbuh was not an isolated case, but part of a larger pattern of serious human rights abuses by the Cameroonian security forces in the Anglophone regions, Human Rights Watch said. Human Rights Watch has documented multiple abusive counterinsurgency operations by the security forces in the North-West and South-West regions since 2017.

Research has found that government forces have killed civilians, burned dozens of villages, arbitrarily arrested, and tortured hundreds of alleged armed separatists. Armed separatists have also been responsible for serious abuses. They have targeted civilians, kidnapped hundreds of people, tortured and killed perceived opponents, and used intimidation and violence to keep children and their teachers out of school. In February, separatists prevented local elections from taking place.

Violence in the Anglophone regions over the last 3 years has claimed an estimated 3,000 lives and caused the displacement of over 730,000 civilians.

Cameroon, like elsewhere, is currently facing an unprecedented public health crisis due to the spread of Covid-19. It is the most heavily affected country in Central Africa, with over 840 cases recorded and 14 deaths as of April 14. The pandemic has not halted the violence in the Anglophone regions.

“The Covid-19 crisis, while paramount, should not displace the need to take action on key human rights concerns and ensure accountability for serious military abuse,” Mudge said. “In a time of national crisis, transparency is all the more valuable, and the government should demonstrate that it will hold abusive members of its military accountable for the deliberate killing of civilians.”

COVID-19: Ruth Awah At The Service Of Humanity 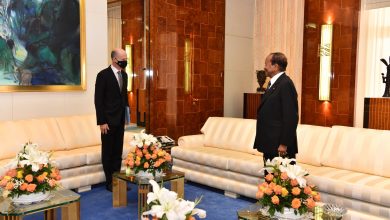 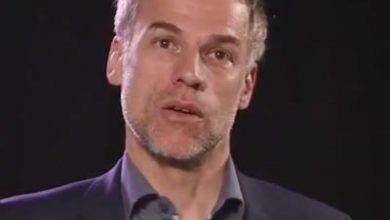 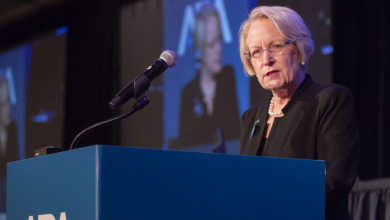