Calls that President Paul Biya should twist the Constitution of Cameroon and stand for re-election in 2018, earlier or after, have been multiplying by the day. But what if President Paul Biya says No! to these calls?
If Mr. Biya says No! it will just go to confirm general opinion that he is a chameleon politician known for his unpredictability.
If Mr Biya says No! then, he would have realized and so decided to shame the insincerity of his so-called many friends who don’t want him to take a deserved rest, but rather die in misery, because his advancing age, may no longer support the work load inherent on a Head of State.
Should President Biya reject the people’s call, then he would have time to sit, watch and realize that, those fronting the call are all pretenders, who given the slightest opportunity would play Pontius Pilate, wash their hands clean from his deeds and especially misdeeds.
If Mr. Biya says No! to the people’s call, then his dream to see Cameroon become an emerging economy by 2035 may become a reality even sooner than that. Because he would have handed over to a younger shepherd, who would have the strength to tether the Cameroonian sheep, so that like Nelson Mandela said the new shepherd would stay “Behind the flock, letting the most nimble go ahead, whereupon the others follow, not realizing that all along they are being directed from behind”. 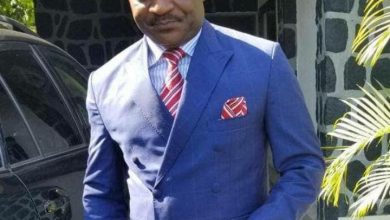