As Cameroon envisages the year 2035 with growth in the economy under the umbrella of emergence set by the Head of State, it would be a blatant oversight for government not to review and seal off leakages in its most reliable source of income which is tollgates revenue collection.

It is on this backdrop that the stakeholders of Premium Enterprise Software Configuration of Manual Systems ( PEFSCOM Sys.), have come up with an automating system dubbed Automatic Tollgate System ( ATS), for revenue collection in Cameroon.

While presenting the handiwork as a veritable tool to ensure a 100% compliment of vision 2035 to Press Men in Buea, Wednesday May 24, the managing director of PEFSCOM sys, Oben Simon Besong observed, ‘The year 2035 is supposed to be a miracle year in Cameroon. We all expect milk and honey to be running through domestic pipes for each and every Cameroonian to tap and drink in his/her home. This however, will not be achieved if we don’t start working now’.

By this observation, the PEFSCOM system touch bearer holds that automatic tollgate system will enable government treasury to receive the tollgate charges of vehicles without stress and leakages which are characterized by the manual system; trapping down any unauthorized user of the vehicle through the driver’s license component, a very good security and safety measure; tracking the movement of vehicles and ease the arrest of a stolen vehicle and the identification of driver of the stolen vehicle through the transport office.

Quizzed on how the ATS will be able to perform the aforementioned preoccupations and others, the initiators revealed that the ATS will have four components involved in the configuration which includes the vehicle registration number, Carte Grisse , the vehicles plate number, driver’s license number and an in-built map of the Cameroon that will detect the specific location of the vehicle at any point in time especially as it’s crossing the tollgate; a message is automatically sent to the smart phone of the owner of the vehicle.

To guarantee efficiency in the scheme, it was underscored that the ATS will use a pre- paid system through mobile money or scratch card on a smart phone.

Speaking while showcasing the scheme, the software engineer and and CEO of the enterprise, Cameroonian born, Ekombe Franklin hinted that the ATS will operate hitch free using virtual private sever (VPS). This means with or without the internet service, one would still be able to track the movement of one’s vehicle.

One of the most important benefits of the ATS as posited by the engineer is that upon installation on all the tollgates in the country, it will help government to monitor the road networks that are highly used for proactive measures to be taken.

On what next after the presentation to the press, the author of the PEFSCOM system revealed that they are looking forward to present the scheme the various governments’ arms related to the project for an anatomy and implementation. The ATS to note is the second exquisite Cameroonian technological showpiece designed by Ekombe Franklin after the Biometric voting system (BVS).

The Government of Cameroon had made intensions of switching over to automatic tollgates known and competent ministries charged with implementing that had already started feasibility studies. 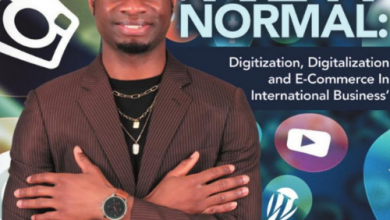 Kinaad, The Business Broker Is Born 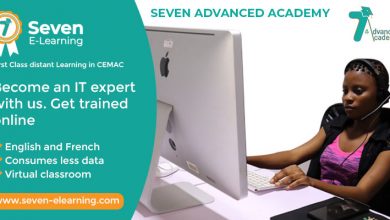 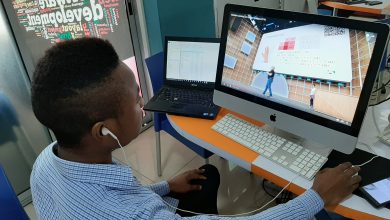 Cameroon-COVID-19: Student, 19, Builds A Factfinder Information Platform In One Day