The National Union of Cameroonian Journalists, SNJC, has called for a 10 days boycott of government organized events by all journalists in protest of what they described as unlawful detention of Mimi Mefo Takambou, Editor In Chief for English Service at EQUINOXE Television in Douala, Wednesday. 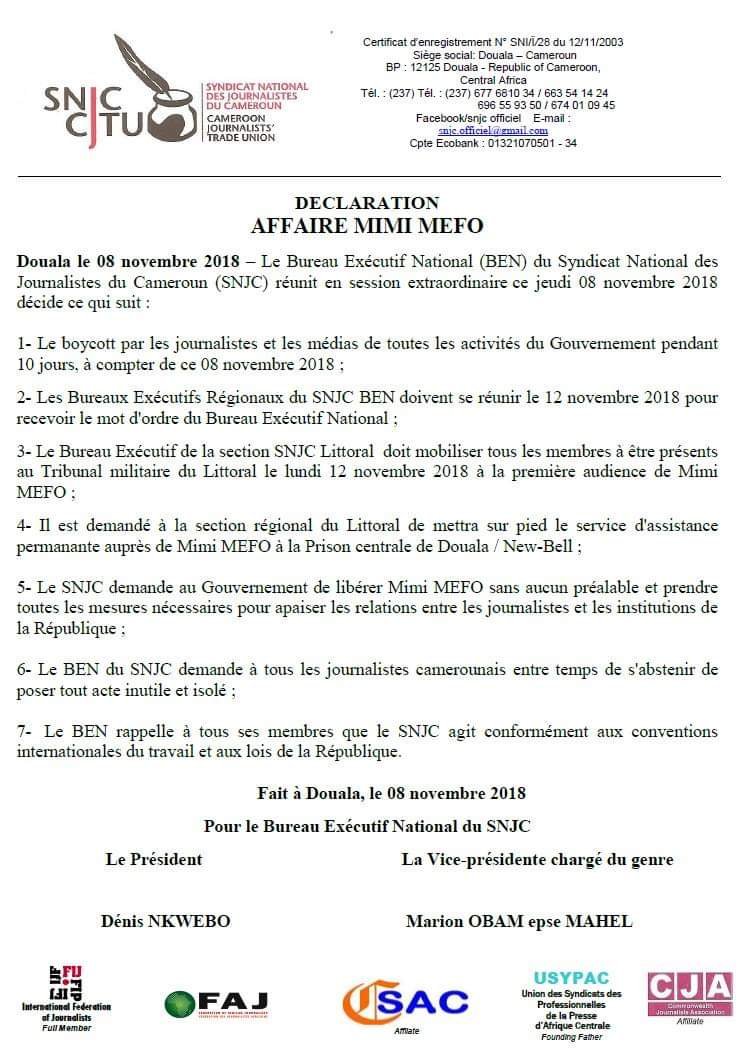 SNJC says the arrest is political and meant to intimidate other journalists carrying out duties especially in war torn Anglophone regions.

The trade union has called on the unconditional release of Mimi Mefo Takambou. 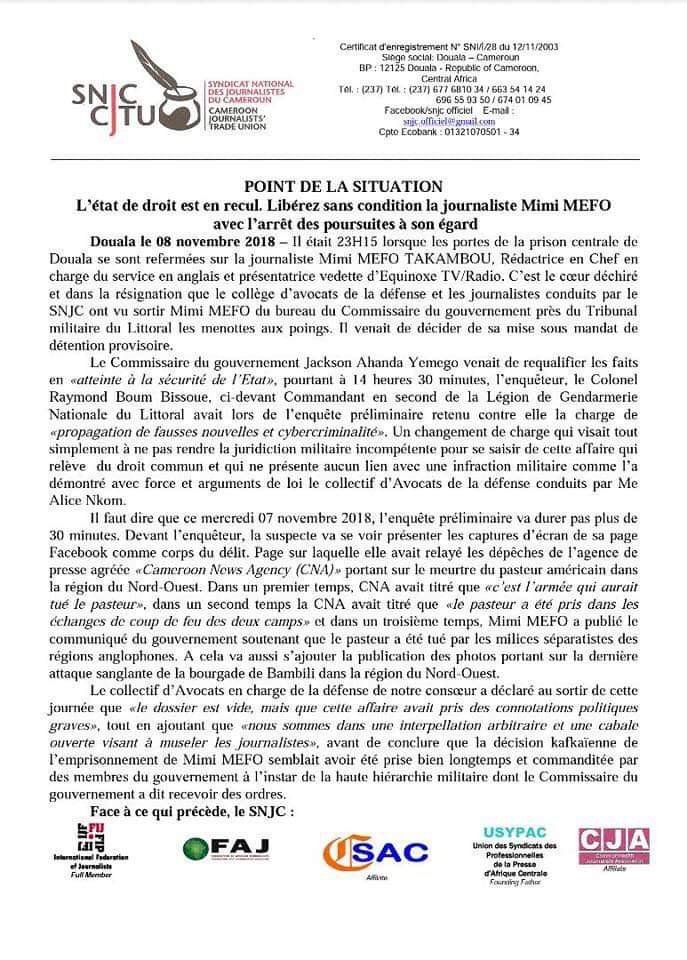