The Acting President of the Federal Republic of Ambazonia, Dr Ikome Sako has called on Southern Cameroonians to be on alert and focus on hoisting their flag in Buea after elections in Cameroun, which he says were largely boycotted by 98% in the North West and South West. 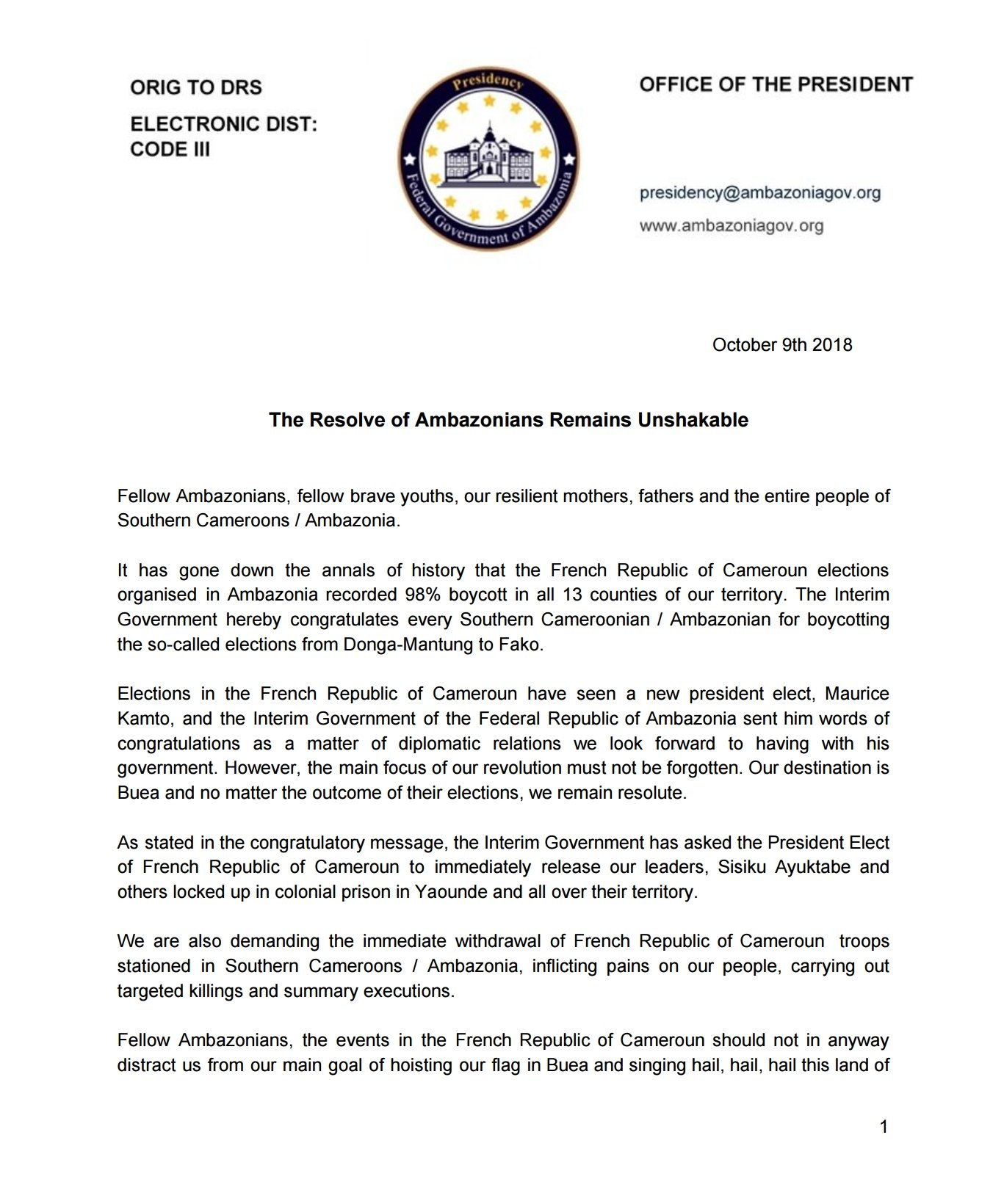 In a statement Tuesday, he said though his office congratulated the President Elect, Maurice Kamto, it will however be business as usual in Southern Cameroons.

He also reiterated his stance on Kamto’s election, urging him to withdraw troops from the regions, release Sissiku Ayuktabe and others locked up in prison. 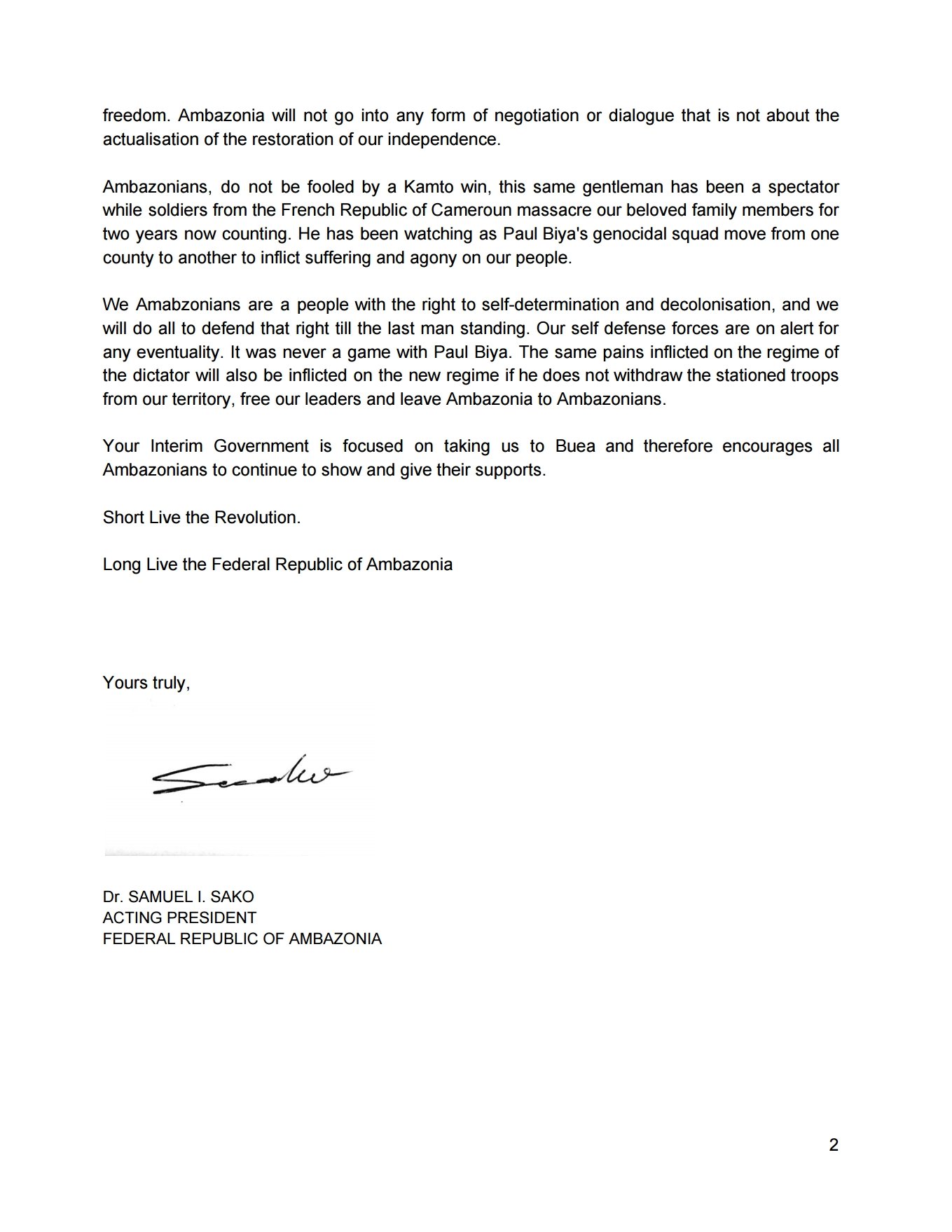 Dr Ikome Sako said the struggle to hoist Ambazonia flag in Buea shoukd intensify, adding that restoration forces are all alert for any eventuality.