The US Congress has called on the Cameroun government to release Sisiku Ayuktabe and 46 other persons arrested in Nigeria and repatriated to Cameoun. 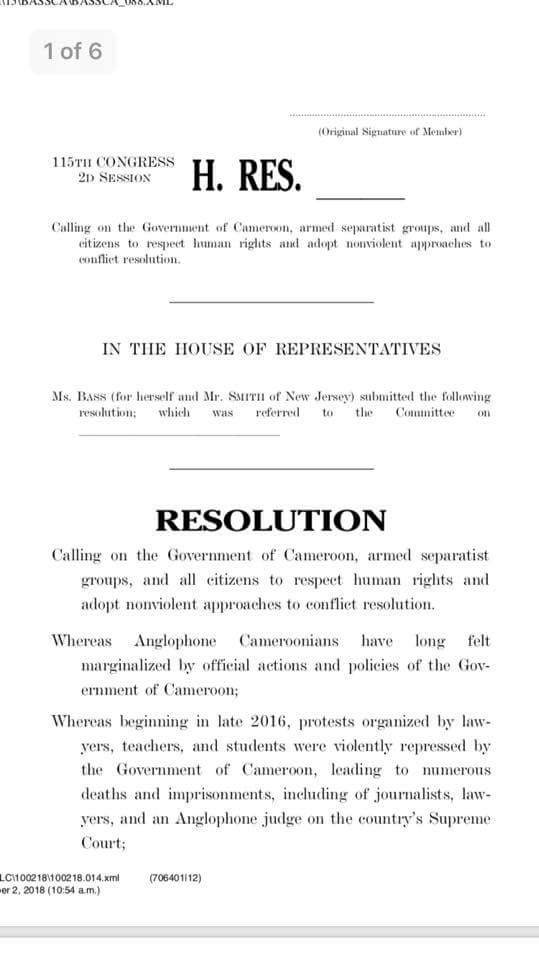 The Congress has also urged the Government to release all detainees arrested within the context.

The Congress noted that killings have intensified in both sides and that Independence fighters are blocking smooth school resumption. 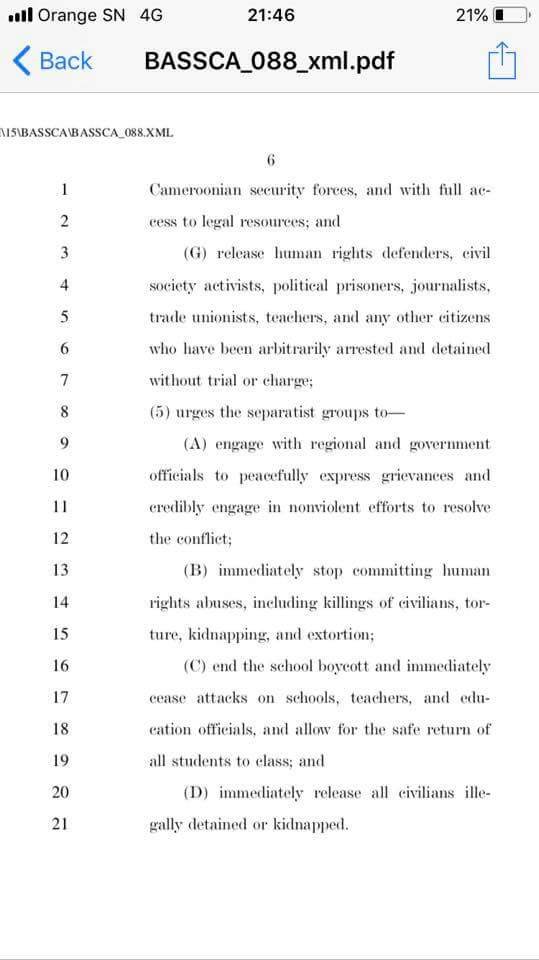 The US Congress has frowned at the Human Rights violation by Soldiers and called in them to respect international laws and only use force where necessary. 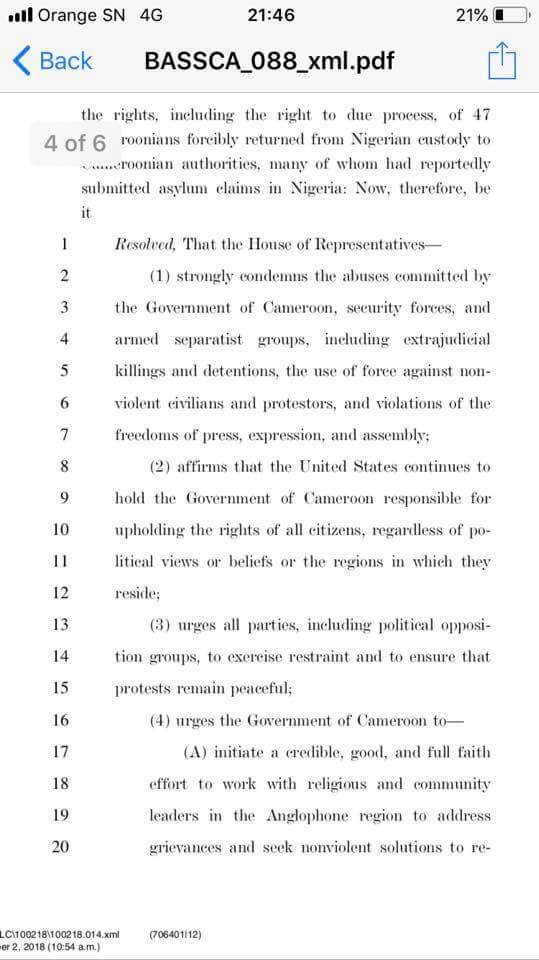 They also noted that , Separatist fighters have made targeted killings of Chiefs and other persons considered as selling the struggle.

The US Congress has called on the Cameroun government to fasten dialogue process so that calm will return in the region. 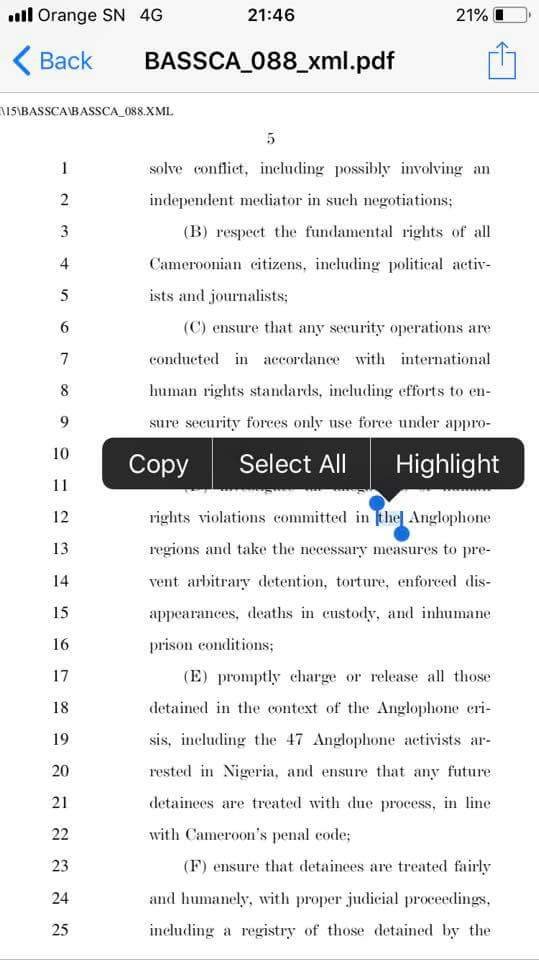 These resolutions were taken during the second session of the 115th Congress on September 2, 2018.