In a release signed by Mr Bakary who has been out of scene for close to one month after he reportedly suffered a malaise, though debunked by his party, indicates that out of the three men, one was a Tunisian Engineer and two Cameroonian Technicians. 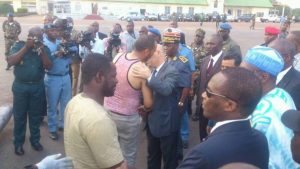 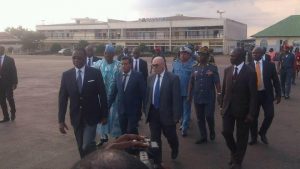 The release also stated that defense forces retrieved the corpse of an expatriate , Khaled Tinsa, who was killed while in captivity.

The Minister of Communication also added that Four Ambazonia fighters were killed in the operation.

Isaac Tchiroma Bakary has on behalf of President Paul Biya extended sympathy to the family of the deceased and Tunisians in general.

He reiterated that defense forces are determined to capture those who perpetrated the act and bring them to justice.

The former captives were received at the military military airbase in Yaounde by delegation of the two countries.