The visit of French foreign Minister, Jean Yves Le Drian has paid off as Paul Biya instructs the General Manager of the Port Authority of Douala,Cyrius Ngo’o to halt the process of granting a new company the contract of managing the port’s activities.

A French company, Bolore currently managing the activities will see it’s contract expire by the end of this year. 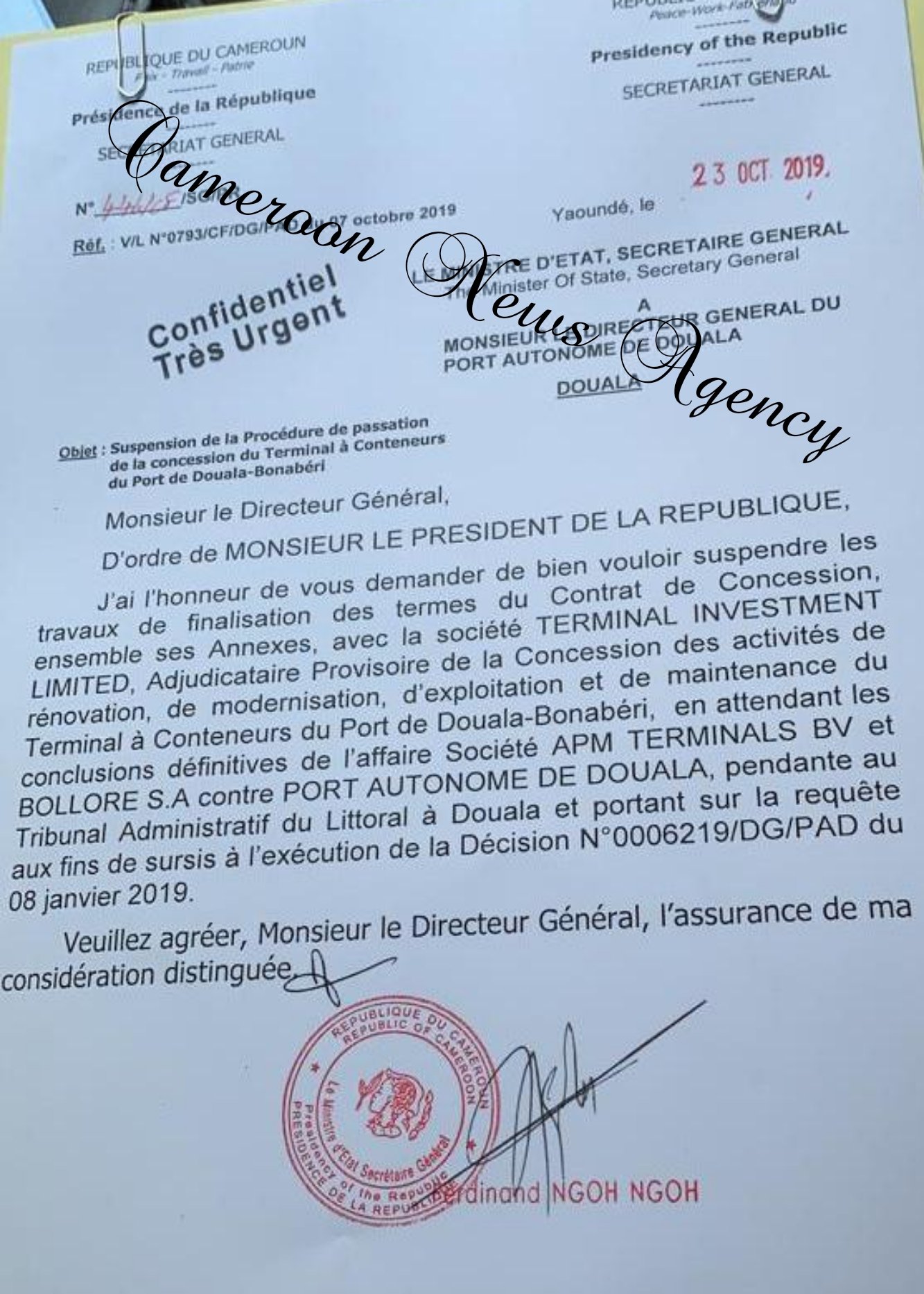 But a recent decision by PAD to award the contract to Terminal Investment Limited , a Swiss based company, has angered Bolore.

Bolore has dragged the PAD to court after his company was not awarded the contract.

But after meeting Paul Biya on Wednesday October 23, 2019, Mr Le Drian succeeded in convincing Paul Biya to halt the process.

The case is pending at the Douala Administrative Court.