Bamenda, Cameroon-Thursday January 11, 2018-8:00 PM Local Time (Cameroon News Agency) A senior Barrister-at-law, FRU John NSOH, has maintained that following the present dispensation and bilateral relations between the Federal Republic of Nigeria and the Republic of Cameroun, the arrested interim leaders of the ‘Federal Republic of Ambazonia’, cannot be handed over to the Cameroon government.

In an exclusive chat with CNA’s Publisher, Barrister John Nsoh, said because there has never existed an extradition treaty signed between both countries, it will be impossible for Buhari to hand over the 9 men and 1 woman, not even the agreement to eliminate terrorists within the two countries can solve the problem.

CNA: Good day Barrister and its a pleasure to have you discuss on this burning issue and to also give us the legal implication after the arrest or abduction  of  interim leaders of the ‘Federal Republic of Ambazonia’. I want to find out from a legal mind like you, Cameroon has not sign any extradition treaty with Nigeria, so…

Barrister FRU John NSOH: Yes, there is no extradition treaty between Cameroon and Nigeria, I have done the research, I have looked at it all over and found out there is no treaty.

CNA: Now within this context where leaders of Ambazonia have been arrested in Nigeria and in the absence of an extradition treaty, do the two countries still have some legal status to do so?

Barrister FRU John NSOH: Never! First there is no extradition treaty; second those people are out of Nigeria on refugee status either on UN or with Nigeria. There is one there who is an American citizen, Professor AWASUM. The rest are either living and working in Nigeria and even if all of them didn’t have any status, international law prohibits the delivering of refugees who have ran away from their countries, for them to be sentenced. There is no law that will oblige Nigeria to extradite those leaders. Nigeria has no law on terrorism like Cameroon and so cannot allow them to enter Cameroon because they will be tried by the military court which is against international law.

CNA: But can the two countries not use their status as members of Commonwealth and conduct the extradition?

Barrister FRU John NSOH: That is even difficult, even the international law that I just quoted to you will be reinforced by the Commonwealth, you cannot go from one Commonwealth country to another to extradite somebody who is running away from persecution from your country, it cannot work!  And secondly, extradition treaties have limitations. Extradition treaties involve only common law crimes; it does not involve political crimes, which can lead to death penalty. Let me tell you, there is no such thing in law as International warrant of arrest. There can only be a warrant of arrest which can be executed by any country and you can only ask the country to do so and it cannot be in a common law crime not in political crime where someone is escaping from persecution. So La Republic du Cameroun is wasting its time, they cannot under the present situation extradite them, they would have succeeded to highjack them if their plan worked, but legally they cannot.

CNA: When you say, if their plan worked, what do you mean by that?

CNA: But if this can happen on Nigerian soil, don’t you think that Nigeria can release the leaders to Cameroon like they did in the case of Charles Taylor?

Barrister FRU John NSOH: Never! Not the Nigeria that I know. No! No! No! Charles Taylor was wanted by the International Criminal Court for crimes against humanity and Nigeria is a signatory to that court, so she had the obligation to deliver him to the court. This is completely different. These people have not committed any crime against humanity. Let’s suppose Cameroon government says they have committed a crime, it must be a Common Law crime to ignite the provisions of the extradition treaty if it does exist, unfortunately for the government there is no such treaty between Cameroon and Nigeria, unless it was signed overnight; and if signed overnight it cannot even work, it must go to Parliament for scrutiny.

CNA: Now what can be done legally to release them, I hear there have been a Law Suit against the State at the Abuja high court, is that the right procedure?

Barrister FRU John NSOH: It is now in the hands of Nigeria, Nigeria must tell the world why they are detaining them. You know the legal system in Nigeria is totally different from what we have here where there is no law. The government is obligated to follow the law. And let me tell you that in 2002 the same High Court in Abuja, issued a judgment against Nigerian government asking her to go to court on the non respect of the 1961 plebiscite which violated the UN charter on the reunification of the two Cameroons, Nigeria lost that. Nigeria has not executed that judgment in bad faith and in complicity with La Republic du Cameroun.

CNA: Now on the part of Cameroon government, Communication Minister Issa Tchiroma Bakary said this week that he cannot react on rumors and emotions; this government silence, can you deduce anything from it?

Barrister FRU John NSOH: I’m deducing the fact that they are so ashamed to even accept the fact that they are involved in a very big ugly international scandal .No government will accept that. They have refused to comment either way since this thing happened but they don’t want to know. What they don’t know is that the international community is aware that their Ministers are in Abuja. You want to tell me that Cameroonians did not know that Rene SADI went to Nigeria to negotiate for their arrest?TCHIROMA will not comment because their hands are dirty. Nigeria cannot give them to Cameroon and I don’t think Nigeria does  wants to be involved in such public trial and the people of Nigeria are not happy at all. I have not seen a single newspaper which has written something bad on this arrest, they are all angry. It is going to be hot on the Nigerian government because you know I cannot understand how people are abducted and kept incommunicado, in this 21st century.

Adding to what Barrister FRU John NSOH told me, I read somewhere, an interesting piece by Dr. Mbeli Valentine Tebi, who had his PhD in law from Nigeria and is currently the Dean of the Faculty of Law in a Ugandan University. He writes that the leaders stand a good chance to be freed sooner or later 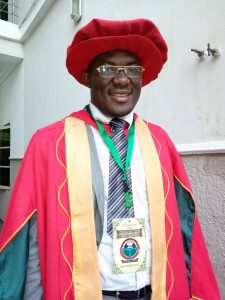 Should it turn out that the Attorney General of the Federal Republic of Nigeria decides to make a substantive application to the Federal High Court for an extradition order against the leaders of the Federal Republic of Ambazonia, this will be a fiercely contested legal battle where the standard of proof must be beyond all reasonable doubts. Here are some possible lines of defenses that may be explored by Counsel to the respondent.
Failure to convince the court that the application for extradition order is incompetent for want of an extradition treaty between Nigeria and Cameroon, Counsel may proceed to argue that the offences alleged to have been committed by the leaders are not extraditable offences. This can successfully be argued within the ambit of the Nigerian law

1)It is trite law that an extradition order will not been granted where it is aimed at prosecuting or punishing the fugitive on account of the fugitive’s race, religion, nationality or political opinions. See Section 3(2) (a) Extradition Act. Political offences are clearly not extraditable. According to United Nations Office on Drugs and Crime Country Office Nigeria these offences are “acts or conducts that are directed against government or sovereign authorities of state without elements of common crime. These crimes violate the State and not any individual person”. Examples of political offences have been given by Kenelly J.J. to include: treason, sedition, espionage and to a large extent disagreement with state ideology. The crimes alleged to have been committed by the Ambazonian leaders by all descriptions fit the notion of political crimes which as earlier indicated, are not extraditable.

2) The likelihood of an unfair trial in the requesting country. The idea behind extradition is not to try the accused for alleged crime but to ensure that the fugitive is delivered to face trial under the relevant penal laws of the requesting country. Although rules of private international law forbid the application of foreign penal laws in Nigeria, the Nigerian court must however take cognizance of the basic rules of criminal procedure, in particular of the right to fair hearing.

Therefore even where the offence committed by the fugitive is not political and is otherwise extraditable, an extradition request will nonetheless be rejected if the fugitive offender is likely to be prejudiced at his trial, or to be punished, detained or restricted in his personal liberty, by reason of his race, religion, nationality or political opinions.

If the Attorney General makes a request for extradition and the fugitive will be subjected to an unfair trial or unlawful discrimination in the requesting State, the fugitive may prove the relevant facts to the notice of the Judge.

A clear case of impermissible unfairness that is likely to result from the extradition of those arrested and which the Nigerian court must remain alive to is the fact that the said offences are to be tried by a military tribunal in clear violation of the fundamental rule of criminal justice which forbids the trial of civilians in military court. Under the United Nations Model Treaty on Extradition, it is a mandatory ground for refusing extradition if the offence for which extradition is requested is an offence under military law.

3.) Torture. The Nigerian Court will not grant an extradition order where there is incontrovertible evidence to show that the fugitive criminal will be exposed to torture by the requesting state. This is because Nigeria is a party to the United Nations Convention Against Torture and Other Cruel, Inhuman or Degrading Treatment or Punishment. Article 3 of the Convention expressly prohibits state parties from expelling, returning “refouler”, or extraditing any person to a state where there are substantial grounds for believing that he would be in danger of being subjected to torture.

Evidence gathered from the Maximum Security Prison in Yaoundé, the cruel, inhuman and degrading treatment administered on prisoners, and most especially those hidden in BUNKERS can all attest to an eminent danger of torture. It fact, there is informed public opinion that a release of the leaders of Ambazonia will mean releasing for execution and nothing less. There is a strong point which the court can rely on to dismiss any application for an extradition order.