Municipal, Parliamentary and Regional elections are forthcoming this year in Cameroon, but the leading opposition party, the Social Democratic Front, SDF,  has vowed that no elections will take place until the Biya regime calls for an inclusive dialogue,  grant a general amnesty to end the armed conflict in Anglophone Cameroon.

The decision signed by the National Chairman, Ni John Fru Ndi, was taken in Yaounde during a meeting grouping members of the National Executive Committee,NEC, which took place at the weekend.

The SDF presented 6 points as their recommendations to the government to solve the ongoing political impasse in former British colony, Southern Cameroon. 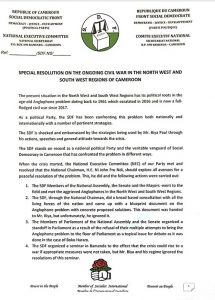 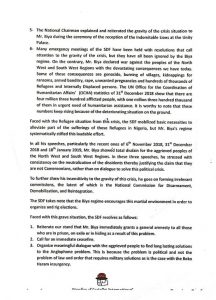 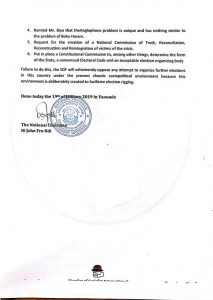 If these points are not exploited by the Biya regime before elections, the SDF has promised to go on rampage and at any length to disrupt it.