It is an atmosphere of grief and bewilderment Monday morning at the Government Bilingual High School, GBHS Babadjou in the Bamboutos Division, west region of Cameroon, as students and teachers entered week 4 of the 2020/2021 school year after observing a bloody weekend with images of the Kumba shooting tragedy still fresh in their minds.

The principal of the school Dr Ngandeu Francois expressed deep regrets and condemned the school shooting, calling on his students to remain calm and confident. The administration according to information gathered had some difficulties motivating the students psychologically since the zone is border to the crisis-hit North West of Cameroon.

Many students CNA met Monday morning said that they are panicking despite not being in the crisis regions. They called on their mates of the English speaking regions pray and remain vigilant.

Leaticia, a student at the institution who was informed in school told us she is touched and panic fills her mind.
Bethrel, a form 5 student also told us he is panic and fears for his life after receiving this information.

Parents in the locality also expressed dismay after receiving the information and extended thier heart felt condolences to the bereaved families.

After having a minute of silence in memory of the 7 killed last Saturday, classes went on normally at GBHS BABADJOU and other schools in the locality.

The Government Of Cameroon Is Living In Denial 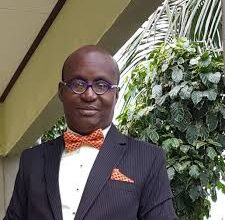 Cameroon and Nigeria – All that Glitters is not Gold